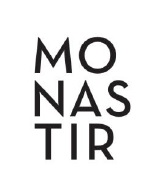 THE REVOLUTION OF THE TERROIR

The Monastir project gives shape to a collection of modern, “high expression”, estate wines, with lots of body and great finesse, which recover the concept of working the vineyard as a fundamental source of quality. A very exclusive project with very limited yields and aimed at the most discerning palates.

The origin of Monastir. The Estate.

Derived from the Latin word “monasterium”, Monastir give sits name to the old mixed variety estate which is at the heart of the project. The estate, owned by the cellar, is located in a privileged spot on the right bank of the Ebro, next to the eastern boundary of neighbouring Rioja. The estate consists of 40 hectares of very low yielding vines, with only around 3,000 kilos per hectare. Its stony soils, with a chalky component, and its good drainage means that the plant produces very little fruit, but of extraordinary quality. Its high altitude, on a plateau, helps to provide good ventilation of the vines and protects them from the dampness of the early morning dew. In addition, the weather conditions of the zone make it ideal for growing grapes, due to the large temperature difference between daytime and night-time temperatures, as well as the extreme nature of the climate in both winter and summer. As well as the geoclimatic and soil features, something else which makes the Monastir estate special is that a range of vines are grown there. The Tempranillo, Merlot, Cabernet and Syrah varieties adapt together perfectly and heighten their exceptional qualities, producing special, complex wines which are adapted to the tastes of today’s market

The Monastir Project: The resurgence of a region

Historically, Navarre is a land of top quality vineyards. At the beginning of the 20th century, its powerful, full-bodied wines which also had great finesse marked a golden age which brought Navarre great prestige. In the following decades, market demands gravitated towards lighter, more homogeneous wines. For a while, Navarre continued to make highly opulent wines which did not fit in with the new market tastes so they gradually fell out of fashion. In recent years, there have been several initiatives in Navarre to win back their former glory. Among these, that undertaken by Raul Acha and his team of collaborators is worthy of mention. Realising the oenological potential of these lands they searched the region until they found the Finca Monastir, a very special estate which has the ideal conditions, both of climate and in its geology, for growing top quality vines. A fundamental landmark which enabled them to embark on the project with sufficient guarantees of success

The “Monastir” collection is a collection of modern, “high expression”, estate wines, with lots of body and great finesse, which recover the concept of working the vineyard as a fundamental source of quality. All the wines are made from selected grapes grown in very low yielding vineyards, located in the cellar’s own Finca Monastir estate, wines with a character which recalls the potent wines of mature tannins that was made in the region in times gone by.

In the same way that the Monastir project represents a winemaking retrospection which recovers an outstanding, original style of wine, typical of a region, its collection of wines embarks on a historical retrospection, penetrating into the deepest roots of a land with a very significant historical and artistic heritage. Within this heritage, which has continued to enrich itself over the centuries, the monasteries and monastic orders revolving around it have made up the backbone of its history. Music, culture and architecture evolved side by side, at the hand of the social and religious life which marked the events of each era.